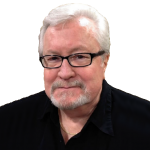 The responsibility to regulate RESPA was passed on to the Bureau from HUD which was responsible for the enforcement of RESPA for many years.

HUD’s unwavering position statement has always been that charging unearned fees (in a real estate transaction) is Illegal as it violates Section 8 of RESPA.

In May 2012, Freeman v Quicken Loans, the US Supreme Court ruled unanimously, 9-0, in favor of the Fifth Circuit Court of Appeals decision that Quicken Loans did not violate RESPA when it overcharged plaintiff Freeman for settlement service. The Supreme Court said that Section 8 of RESPA prohibited kick-backs and fee splitting for work not performed but did not cover overcharging a consumer by a service provider (who did not split the fee).

Earlier the CFPB had filed an amicus brief siding with the HUD interpretation (and the plaintiff Freeman). The Supreme Court however found it to be inconsistent with the statute and an overreach with Congress’ intent in writing RESPA.

The Court’s unanimous decision effectively reopens the door to the controversial “administrative fees” levied by real estate brokers and also creates concern that mortgage lenders could mark up their fees which were banned by federal regulators for several years.

The Dodd-Frank Act grants the CFPB it’s own “rule making authority” without any further federal approval if in the Bureau’s sole judgment the consumer is being treated “unfairly or abusively”.

But then, this is a Supreme Court recent decision and it remains to be seen how the CFPB will react.